A daily excursion to an ancient city which, throughout the centuries, the construction was the results of several contributions coming from a Roman emperor, a Sultan, the fascists and the communists.

Hotel pick-up and drive to the city of the summer festival, Elbasan. In the second century BC, a trading post called Mansio Scampa was one of the most important routes of the Roman Empire. It was close to a junction of two branches of an important Roman road, the Via Egnatia, which connected the Adriatic coast with Byzantium. Due to its location the city has grown through the ages, letting traces of its prosperous times, to become today a modern dynamic melting point.

Elbasan surroundings offer many opportunity to enjoy the benefit of the nature. From waterfall, canyons, hills, mountains and lakes, the landscape lovers do not hesitate to admire these wonders.

Time to leave the city and direction to Tirana by the Krrabë road which climbs up to the Krrabë pass and then meanders on the crests of the mountains before descending on Tirana. Magnificent endless views guaranteed. Drop off at the hotel in Tirana.

Tour based on departure time from Tirana around 9:00 am with return around 6:00 pm

Depending on the season and/or the availability of the restaurant, lunch may be taken in another place than previously programmed.

There are no reviews yet. 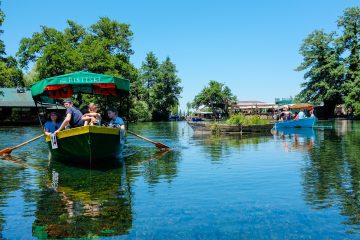 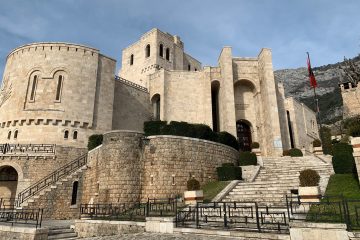