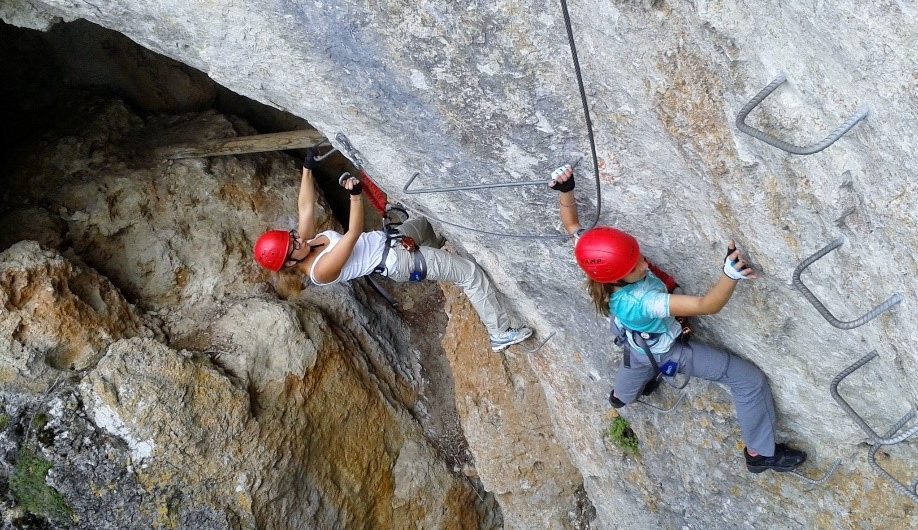 A via ferrata (Italian for “iron path”, plural vie ferrate or in English via ferratas) is a protected climbing route found in the Alps and certain other locations. The term “via ferrata” is used in most countries and languages except notably in German-speaking regions, which use Klettersteig—”climbing path” (plural Klettersteige).

There is a via ferrata in Rugova Mountains, Kosovo. It is located four kilometres from Peja city. The road starts from Queen’s Cave and need two hours to finish. It was built in 2013. This is unique in the Balkans.[31]

In Kosovo the first Via Ferrata was built in 2013 and then extended in 2014. It is called Via Ferrata Ari. Its construction was supported by the Italian experts. The Via Ferrata is around 100 meters vertical and the whole trail is around 3 kilometers.